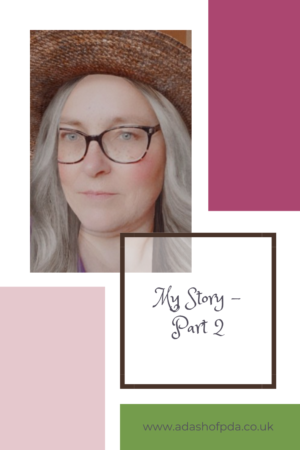 Hello again.  I hope that you are all sitting comfortably, coffee (or tea) in hand……..who am I kidding?  Glass of wine anyone?  Did you read Part 1?  Here’s the link in case you missed it – My Story – A Special Needs Mum’s Journey

Ok, so I left my story at the point where the cast was removed from my ankle and I was forced to admit that I couldn’t ride for the time being – baby x 2 bump was causing logistical issues!  Did I mention that my horse appeared relieved at this outcome?

While we were running the livery yard, we were also running a self drive hire horsebox and trailer business.  The two went hand in hand.  This was a relatively new idea and we were one of the only companies offering this service which meant that we were fairly busy!  Neither of us really had time for me to be incapacitated in any way!

In the last month of my pregnancy, things became a little more challenging.  My body started to let me know that I was having twins and that it was tired.  My blood pressure started playing up, my back gave up and my joints? OMG did they hurt!  I spent the last month in and out of hospital.

Each time she came to check up on me, I’d end up having to go to the hospital.  It became standard practice for hubby to answer the door to her and ask if he should go get my bag.  Bless her, she felt awful about it.

and then, on Friday 25th November 2005, we met our twins for the first time!  Now, this was considerably later than my consultant was expecting.  I’d had injections to mature their lungs as she was convinced that they would be premature.  They started preparing me for the fact that, should they be as early as was expected, they would have to be transferred to another hospital with better facilities for prem babies.  Oh, and by the way, I would have to stay put!!!  This really upset me.

That’s when the universe decided to show its hand again.

I actually went overdue, much to everyone’s surprise.  Not only did I go overdue, but, I had to be induced!  My body decided that it would cook the babies for the required length of time lol.

I had to stay in hospital for a little while due to the new little Haslegraves arriving via the sun roof.  Can I just say that there was an awful lot of information that I hadn’t been made aware of!

The first time I was actually able to stand up, no one had warned me that my stomach would hit the floor – LITERALLY – my extra large gym ball was well and truly deflated.  Extra large gym ball I hear you saying – is she exaggerating?  No lol.  I’m 5ft tall and, when I fell pregnant, I was a UK size 8 that was on my feet all day doing manual labour.  During the summer of my pregnancy, I found myself wearing UK size 22/24 dresses!!!  The babies weighed in at 6lbs 15 and 6lbs 9 respectively and, being non identical, I had 2 of everything fighting for room in my now not quite so little stomach!

We had maintained, all through my pregnancy, that our lives would not change just because we had children.  Ummmmm…… fab in principle but, we were about to have a huge shock.

The owner of the yard that we were renting decided not to renew the lease.  He had other ideas for making money from his land.  Were we upset?  Of course!  But, you know what?  It’s ok.  This gave us the opportunity to change direction if we so wished.

What did I do?  Bought a second horse of course……!

Horses are herd animals and I couldn’t, in all conscience, keep my horse on his own.  Bob, my beloved pony, needed a friend.  Enter Ziggy, a 6 month old Irish Draft!  I never do anything by halves…….

And so, the next stage in our journey began.

We continued to run the SDH horsebox and trailer business from our home around the kids.  Not easy, but we did it.

Ok, it’s taken me a year….a whole year ….. to get this far with this post.  Life has been somewhat challenging and we are in battles with the Local Education Authority – that’s a special needs mum’s story for another day.  Anyway, I’ve decided to post this now in order to show that I am still alive…..just.  I promise to try and not let another year pass by before I give you the next installment.