Holidays and Stress are not two words that you would generally expect to see in the same sentence – unless you are a special needs family and then holiday stress is definitely a thing!  See my post on school holidays here.

Holiday stress is something that is becoming much more apparent as our children get older.  It’s not really something that you would know about unless you’ve actually lived it so, the purpose of this post is to try and give you a little insight into the world of ASD with Demand Avoidance Traits and holidays.

NB. There is absolutely no financial benefit to me for this review.  I am writing it because the service and help that we received was outstanding and we want people to know. 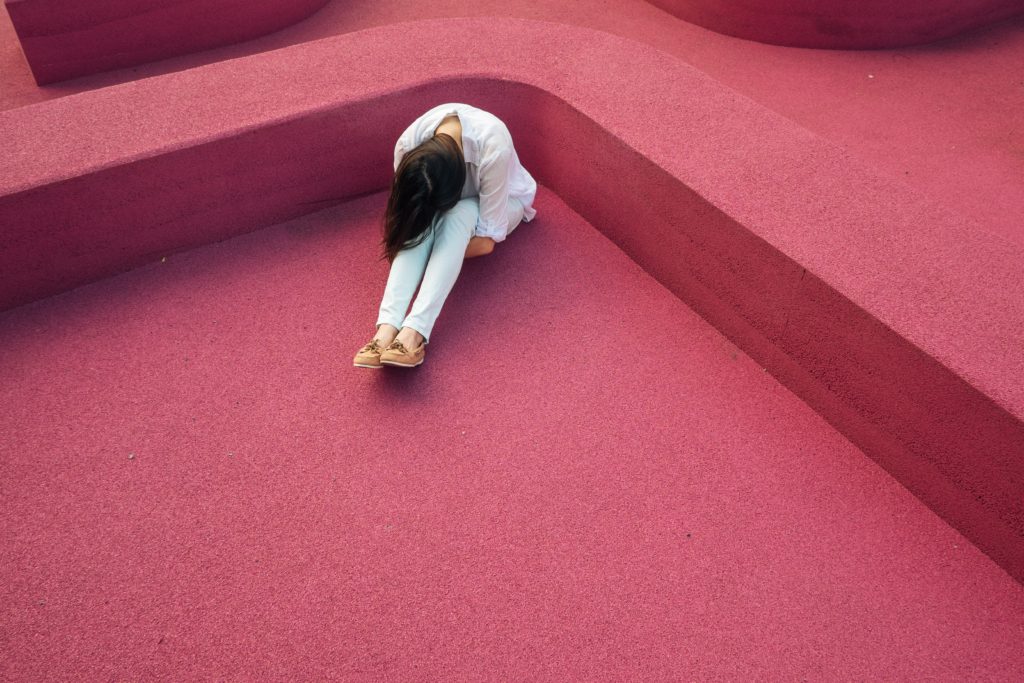 Photo by Verne Ho on Unsplash

As I sit here, trying to write this post, I’m crying.  I should have been on holiday with my family having a lovely time.  Instead, I’m at home, with my son, while my husband and daughter are on a canal boat finishing the family holiday.

My head is trying to not shut down but, it’s not doing a very good job.  Internally I’m screaming at my son to shut up and leave me alone, just for 5 minutes!  I just need to stress here that it IS internal screaming – I can’t voice it as that would be unfair.  My son doesn’t deserve that, it’s not his fault.

Holiday stress has become a normal thing for us.  Ever since we took the kids to Lapland.  Have you ever been?  It is a truly magical place.  I, for one, had the best time ever!  If you decide to go, we went with a company called Canterbury Travel and they were amazing.  Check them out here. 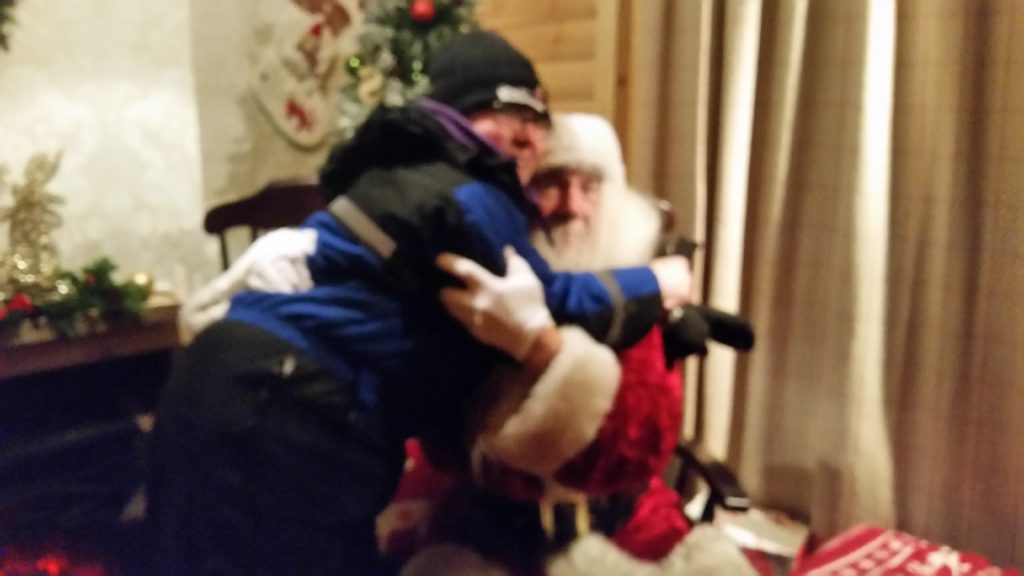 This is really when it started.  My son melted down on the flight there, once we arrived, on the flight back, at the airport upon our return, in the car on the way home and for several days after!  There ended any thoughts of the family going abroad together.

Our normal holiday involves camping.  Something that, as a family, we love doing.  We have found a fantastic campsite, in Devon, very close to my best friend, where we would usually go for our summer holiday.  However, we have started experiencing problems around the toilet and shower facilities and interaction with other kids.  Don’t get me wrong, the facilities are amazing but, for my son, they have become a problem.

Watermouth Valley Camping Park  has some amazing facilities for the kids revolving around an island.  Climbing frames, swings and all manor of things to keep them occupied.  They even have resident goats!  However, just getting there has become a huge holiday stress.  My son does not travel light and, to facilitate the holiday, we must accommodate his needs.  When you add his needs to the camping equipment, we were getting to the stage of needing not only our truck, but a very large trailer too!  When you couple this with the supervision that is necessary due to the ever changing needs, pitching a tent and setting up does not allow much time to destress.

So, this year, our summer holiday will be a little different, something that we haven’t done before and, I’m really looking forward to being able to tell you all about it! Mind you, we are already preparing in an effort to minimise holiday stress…

Meanwhile, back to the current situation.

Due to the enormous amount of stress that, as a family, we have been under, we took the decision to have a break at half term (not something that we usually do).

We found a fantastic company, in Byfleet, called Weydays Boat Hire run by Julia and Stewart (hope I’ve selected the right spelling).  They couldn’t do enough for us!

We explained the situation regarding our son and his needs and they were more than happy to do whatever was necessary to facilitate our holiday.  We went along so that our son could have a look and a walk round the boat interior to familiarise himself and ensure that he could cope with the facilities.  They even allowed us to cross a hire period to accommodate my husband’s difficult shift pattern.

Kelpie, the boat, is basic, something that really appealed to us.  It’s not huge, at only 35ft, but could accommodate a family of 4 easily, so long as you are not all giants!

As I mentioned earlier, my son does not travel light but, there was no judgement, just kind understanding.  Instructions were given, we were accompanied to and through the first lock and then we were on our way!  It was now just gone 2pm and I knew that it was going to take me a little time to relax, but everyone aboard was aware of that lol.

We had to put in some rules, non-negotiables, which involved things like the wearing of life jackets at locks etc.  This is just plain common sense.  This was then also consistent with the way we manage at home.

Everything started off really well.  We negotiated locks, getting the dog on and off the boat for wee stops etc and the general change in pace.  Have you ever been on a canal boat holiday?  The slow pace is just what the doctor ordered!

As we were getting to the end of the day, we started looking for a place to stop for the night.  We were looking for somewhere fairly quiet.  However, this is where it all started going wrong and holiday stress kicked in all guns blazing.

We were all tired and you can’t navigate the canal in the dark.

Unaware of what we were doing, the demands crept in.

“Does that place look ok”

and so it goes on.

My son, already very tired, commenced operation self destruct.  It took the form of claustrophobia. On the canal, there are a lot of trees.  The place we found was ideal, for us, but not for my son.  He couldn’t cope with the trees as they made him feel shut in.  We were not quick enough to see him starting to meltdown and, to be honest, it happened in a nanosecond.  Full on PANIC.

There was no way to comfort him.  We were all too fraught.  My daughter became upset as, like all of us, she had been really looking forward to some quality family time.

Parents to the Rescue

I did the only thing that I could do in that situation.  I called my parents!  We packed up mine and my sons things, and arranged for my parents to pick up the two of us plus the dog.  What would we do without parents!!!!

My parents have never really seen my son in full on meltdown mode and its not something that I want them to experience again.  When they got to us, he went into self preservation mode and shut down.  We hugged him tight as deep pressure helps, but only when he wants it.  He has to instigate it otherwise he rejects it due to it being seen as a demand.

He was silent in the car on the way home.  For the whole journey, I kept watching the flashes of lightening, praying that he wouldn’t notice them and that no one would mention it as he hates storms and I think that would have finished him off.

We got him inside and, for the first time, my mum witnessed him stood, routed to the spot, hugging himself tightly and rocking.  That night was not a good night.  I didn’t sleep.  He was too disturbed and didn’t really settle.  I lost count of the number of times that I had to get up to him.  Going to sleep just wasn’t really an option.

The next day, I was resigned to the fact that my holiday was over.  What a time to be swapping antidepressants!

But, he surprised me!  My son wanted to return to the boat, but only for the day.  After some frantic conversations with my husband, a plan was born and we rejoined them.  The benefits of holidaying locally!

We had a great day although the strain was showing in the bickering between brother and sister and my inability to relax.  People kept insisting on helping my son with his jobs at the locks

When the time came, we returned to where my car was parked and it was decided that we wouldn’t join them the next day.  My daughter needed some father daughter time and, to be honest, I wanted a day off.  Now a day off was really out of the question, but a day at home in my pjs was the next best thing.

So, as I write this, that is the picture lol, me in my pjs!

It wasn’t all bad.  Opening and closing the lock gates became a competition as to who could do it fastest.  Waving at people became compulsory.  Throwing ropes took on a whole new meaning as they got dipped into the water first in an effort to drown the person catching. 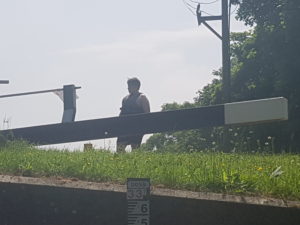 My son operating the lock 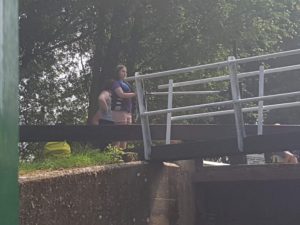 My daughter working the lock 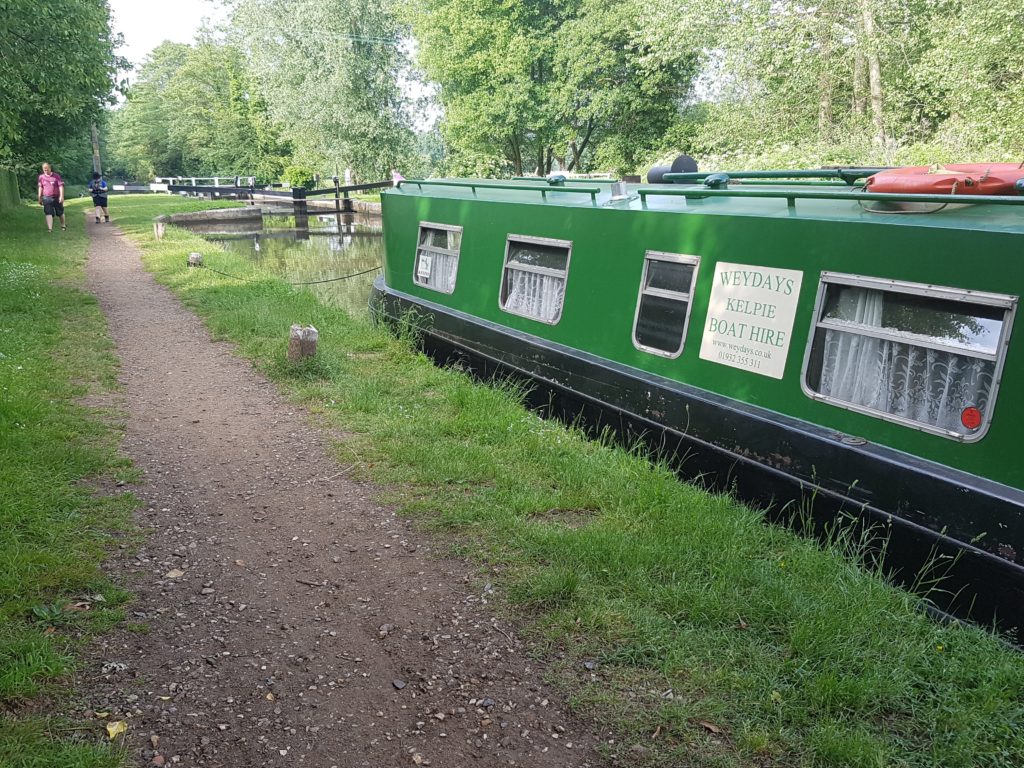 Every year, I try and take my daughter away for some mother daughter time.  Maybe we’ve just found the ideal father daughter bonding time too……

If a canal boat holiday is something that appeals, please try Weydays Boat Hire, they are a fantastic couple providing an amazing service.  Nothing is too much trouble.  If you do try them, let me know how you get on.

Meanwhile, I’m back into full swing of being a full time Autism mum, surviving on coffee.  Here’s a thought, that could be the title of another blog……..

To all you fantastic mums out there, keep on fighting and drinking coffee. 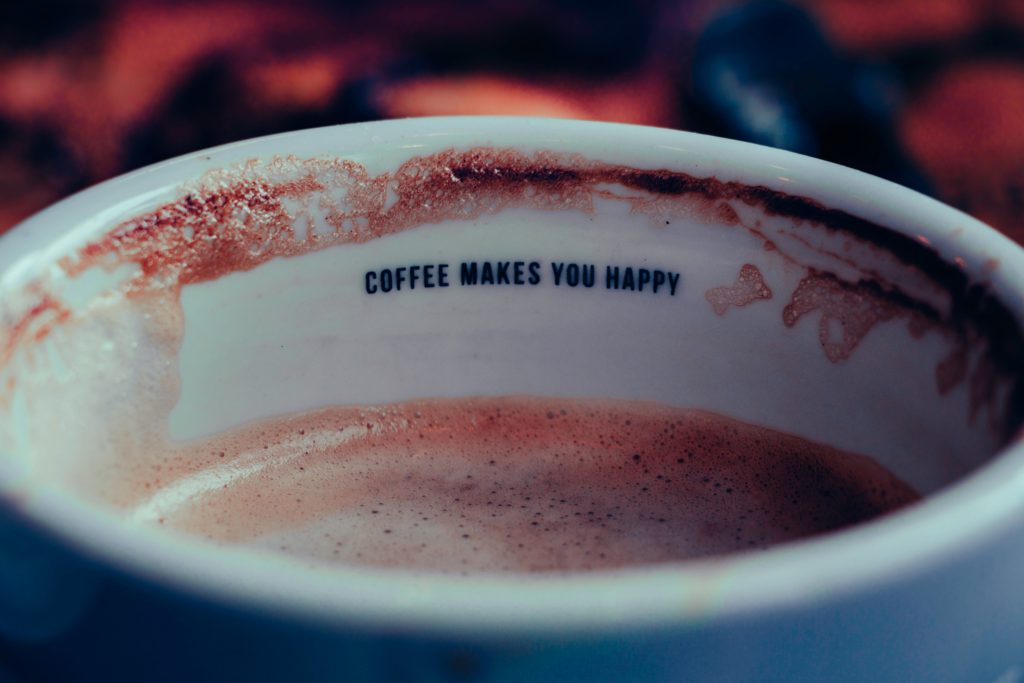 Photo by Mario Ibrahimi on Unsplash