ADHD in girls has not been on our radar.

My son has been off school since the start of year 7.  An initial diagnosis of Autism Spectrum Disorder (ASD) was later amended to ASD with Demand Avoidance Traits.  We have spent the last 10 years fighting the system to get this far.

All through this, we were safe in the knowledge that our daughter was doing great at school – she absolutely loved it!

All of our research and learning was around ASD and, later, Pathological Demand Avoidance (PDA).  Imagine our horror when things started to crumble around us!

Out of the blue, our daughter started refusing school.

We’ve known for sometime that she is dyslexic.  We haven’t had an official diagnosis as the school do not think it necessary at this stage – that’s another story!  Certain strategies have been put in place to help and, initially, this was great.  Being a girl, she has been absolutely fantastic at masking the problems that she has been having – even from us!

Then she started becoming ill.  The list of symptoms was quite frightening for a 12 year old girl.  So, off to the doctors we went.  Diagnosis?  Anxiety and stress – refer to CAMHS!

She was seen by CAMHS in a relatively short time frame (3 months).  However, these things are only as good as the information provided by the patient.  At this current time she is extremely reluctant to tell anyone what is going on.  The result was that a referral went into Relate.  It was decided that it was just stress over the problems that we are having with her twin brother.

In our family, we have experience of many special educational needs. But, it is all on the male side.  Males present very differently to females.

My husband has dyslexia and ADHD.  There is also ASD, PDA and dyslexia in other male members of the family.

Although we saw the dyslexia, we didn’t see anything else coming.  We were completely blindsided. We have been asking the school for help, albeit for dyslexia, for sometime.  But, again, this is hindered by the fact that she is very bright and, being a girl, she is very good at masking.  The school can only help with what they can see, what is being presented within the classroom.

Huge alarm bells started ringing.  Then it hit us!  The similarities between my ADHD/Dyslexic husband and my daughter were there for all to see. 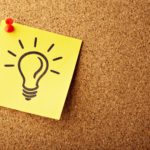 Photo by G Crescoli on Unsplash

Light bulb moment or what!

Now, I really do not claim to be an expert but, I did the one thing that I could do – RESEARCH.

It turns out that this is classic for ADHD in girls.  They can present much later than boys and in different ways.  It’s not so much hyperactivity but inattentive ADHD in girls although this is not exclusive!  This is a really interesting article.

Now as I mentioned earlier, I’m no expert but, I do know my daughter and, in my opinion, there is more than enough evidence to show that there is a problem.

Now all we have to do is hope that the school sees what we see so that we can get her assessed.

It really shouldn’t be this difficult.

Until next time, remember that you are amazing.